The resolution revolution is on. Varjo Technologies is kick-starting the next era in computing with VR and XR in human-eye resolution.

Varjo joined forces with 20/20 to strategize the launch of their vision, build the brand and capture not only the interest of the industry and potential partners, but the imagination of the whole world. To do that, we crafted a brand identity, launch concept, film, website and Slush keynote that showcased the technology, vision and the team behind it all. If you’ve ever used Oculus, Vive or any other VR technology you probably noticed that the resolution sucks. It’s hard to imagine what you’re seeing is real when it’s mostly just a bunch of fuzzy pixels. The VR market was an estimated 10-20 years away from solving this problem. Varjo is solving it now. As such it’s no wonder that Varjo is one of Finland’s (and the world’s) most interesting startups.

Varjo’s patented technology is literally changing the world by letting you see VR – and soon XR - with the resolution of the human eye.

Varjo was without a doubt the biggest thing to hit the Slush 2017, launching its Alpha Prototype device and announcing partnerships with some of the world’s biggest and most exciting brands, including BMW, Audi, 20th Century Fox, Trimble, Airbus and Volkswagen.

What Varjo is doing is epic. That’s why these tech visionaries knew the story had to be told in a way that was equally epic.

The biggest problem with VR is resolution. Devices with low resolution aren’t much good to anyone, especially people who want to use them professionally. If you’re using a flight simulator to train pilots, they need to be able to see the control panel. If you’re using a VR device to design a car, it’s no use if you can’t see the surface and details of what’s in front of you. The list goes on and on.

Look at what most tech companies are doing marketing-wise and you’ll see that most of them are super specs-heavy, especially when talking to professional audiences. Specs are important, of course, but we decided to take a more human and consumer-facing approach. We created a bold, beautiful world where virtual reality and traditional reality mix seamlessly, just as they do with Varjo’s technology. 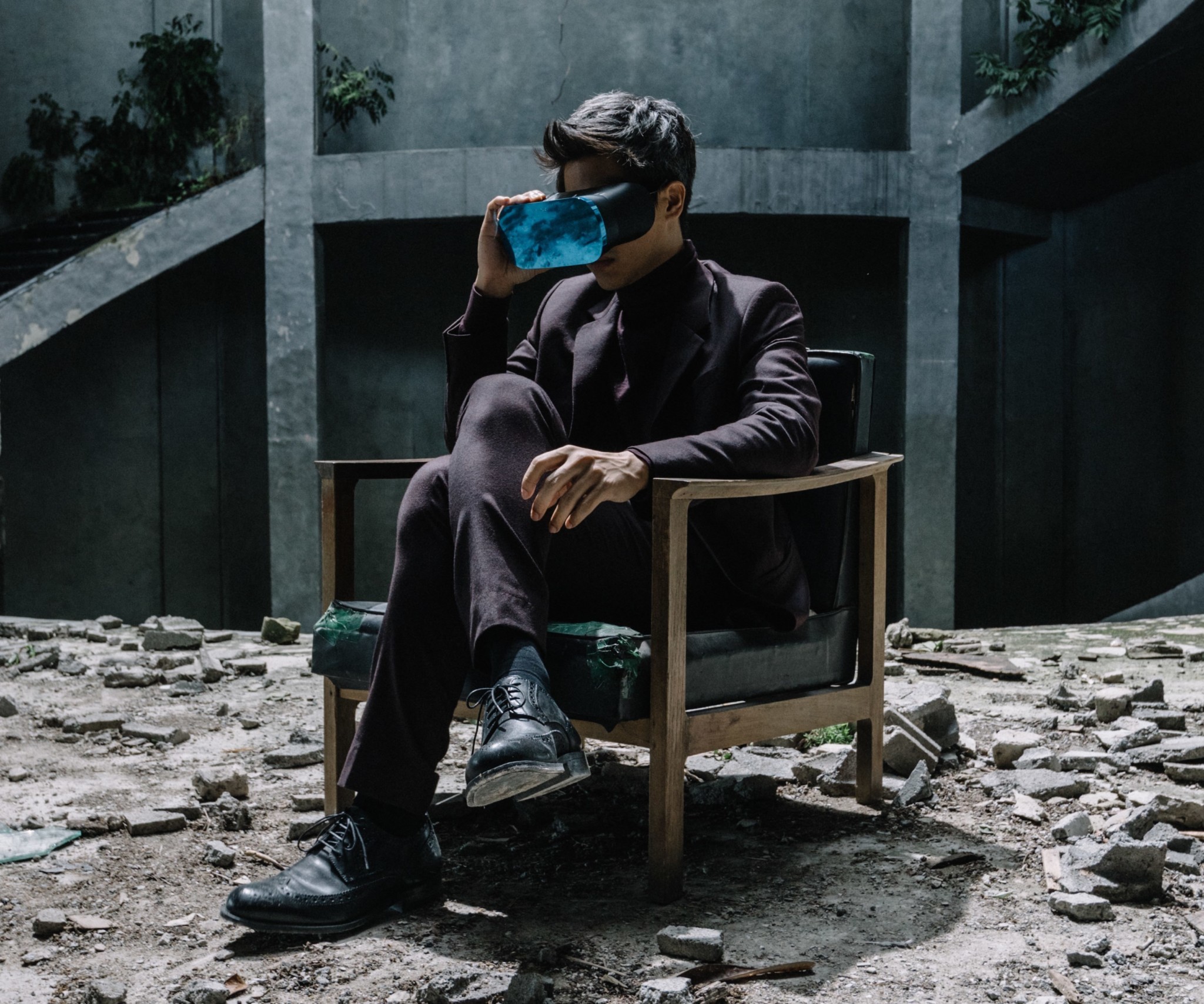 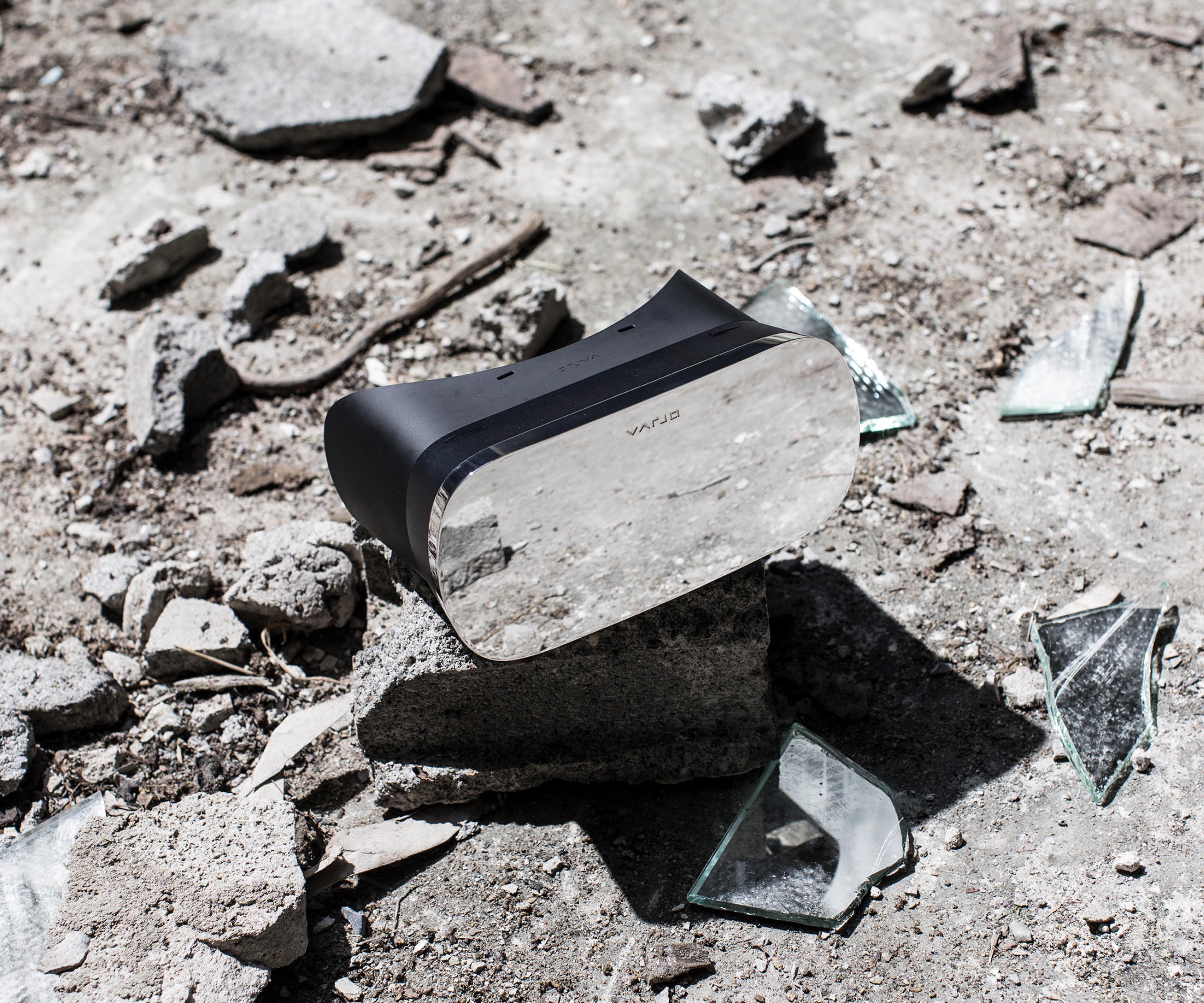 Varjo.com is the hub for the entire concept. The visuals are bold and beautiful, seamlessly mixing virtual and traditional reality. The slogan is unique in that it conveys both the industry’s biggest problem and Varjo’s solution in a single word. The word “Resolution” becomes “Revolution” by swapping the “s” for the Varjo “v”.

We used animations and live typography to make the site even more dynamic and to clearly and humanly communicate the actual benefits of Varjo’s core technology: Bionic Display. When you land on the page you see a pixelated image with the copy: “The problem is clear.” As you scroll down, the image becomes crystal clear and the copy changes to “So is the solution.”

The color gradients used in the logo and footer are inspired by the colors of the actual product. And we added animated reality-related quotes from some of the world’s greatest artists, thinkers and creators to give even more depth and humanness to the Varjo story. 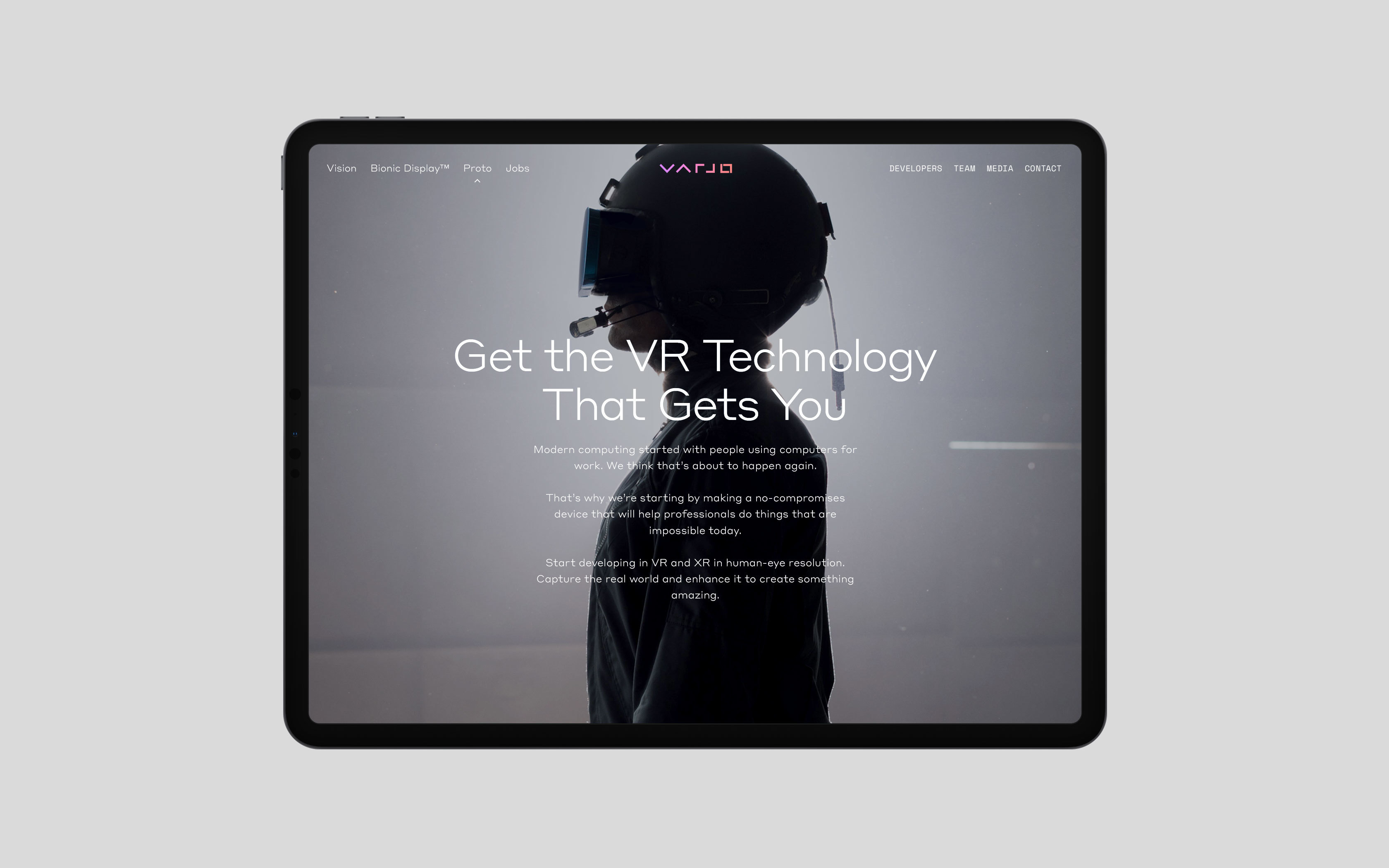 The result is a strategic marketing concept that redefines how tech startups share their vision and technology with the world. The film, site and keynote helped make Varjo the most talked-about and desirable brand at Slush – with over 200 articles by global media outlets, completely booked demos, new and exciting partnerships.

But more about all that next time. 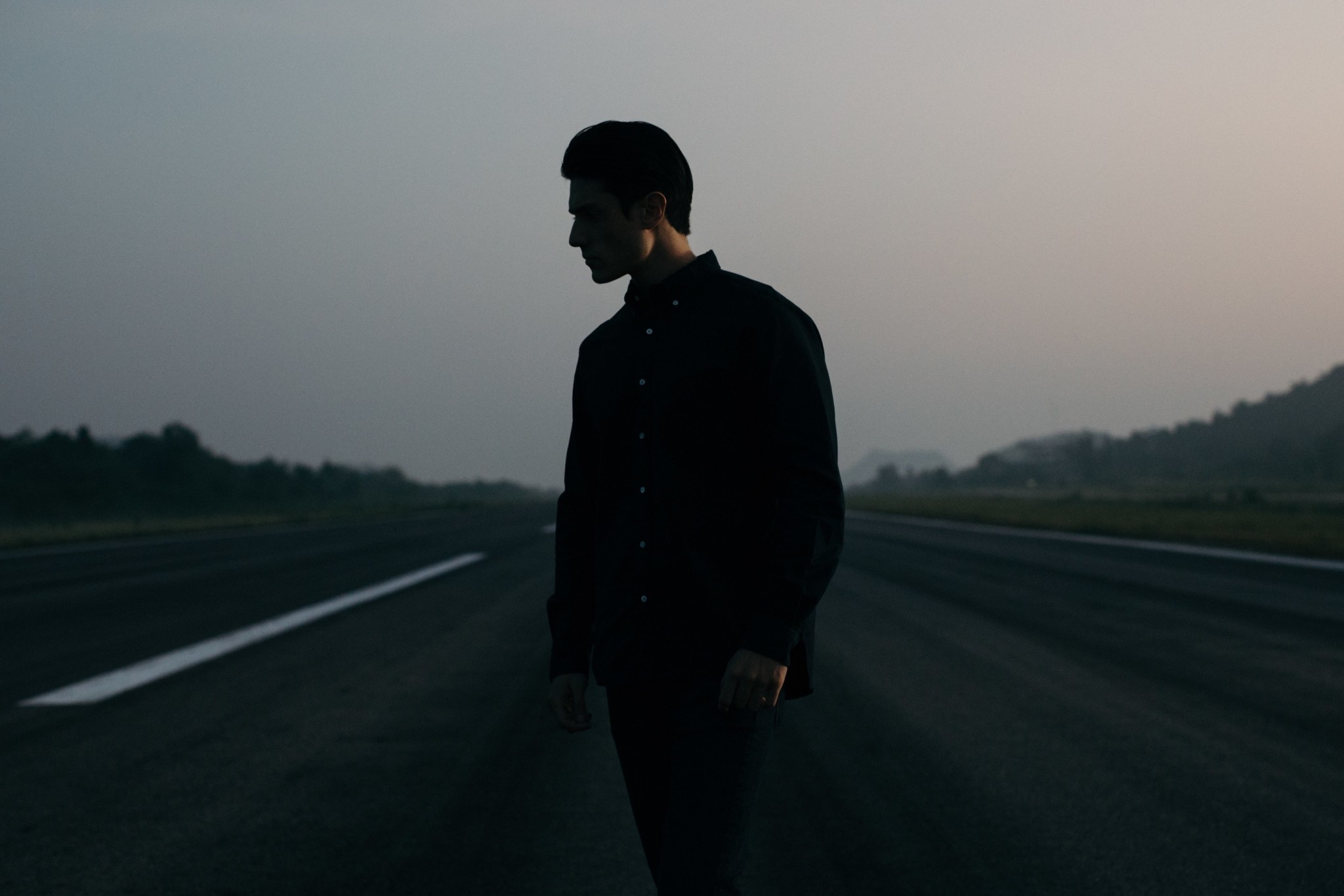 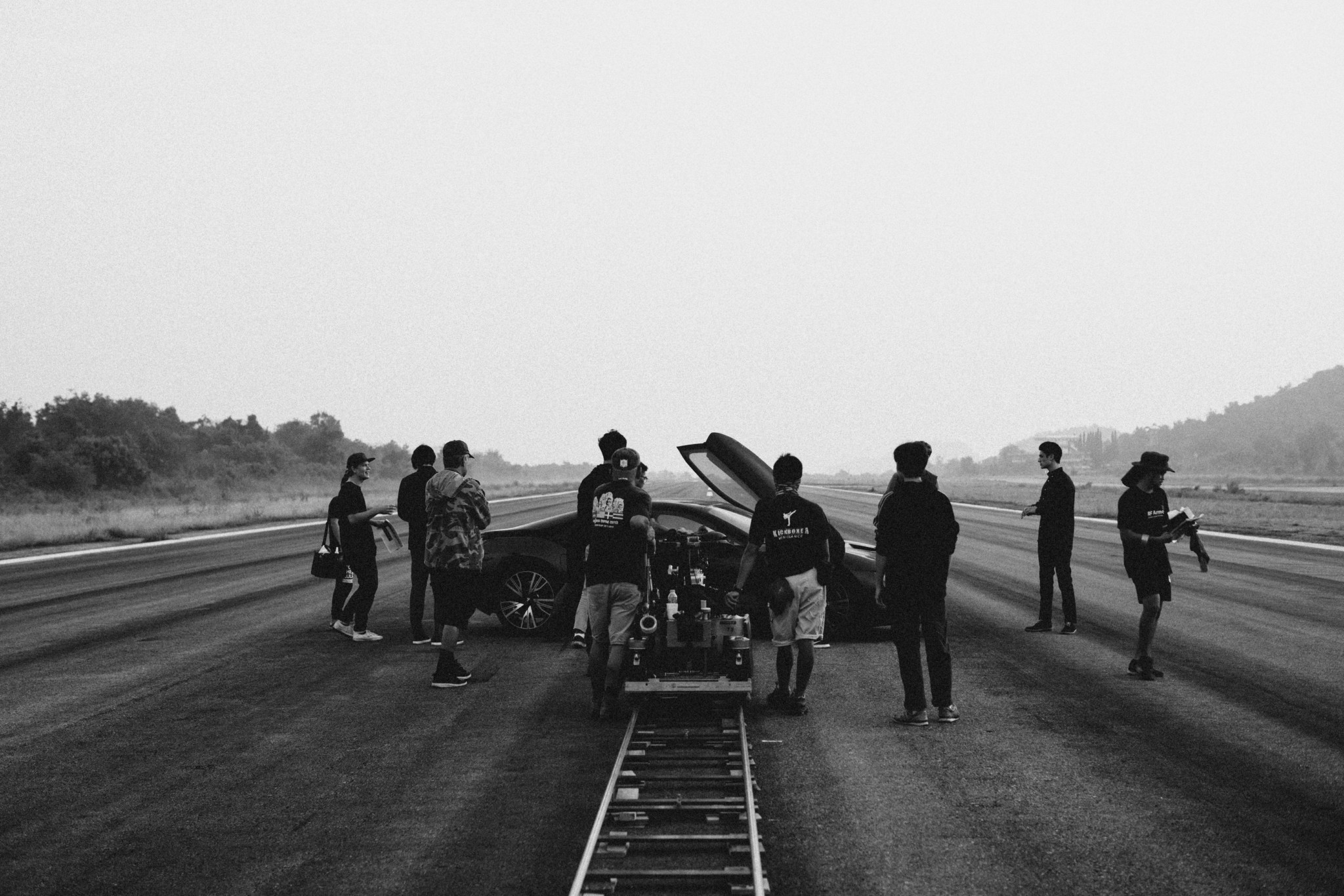 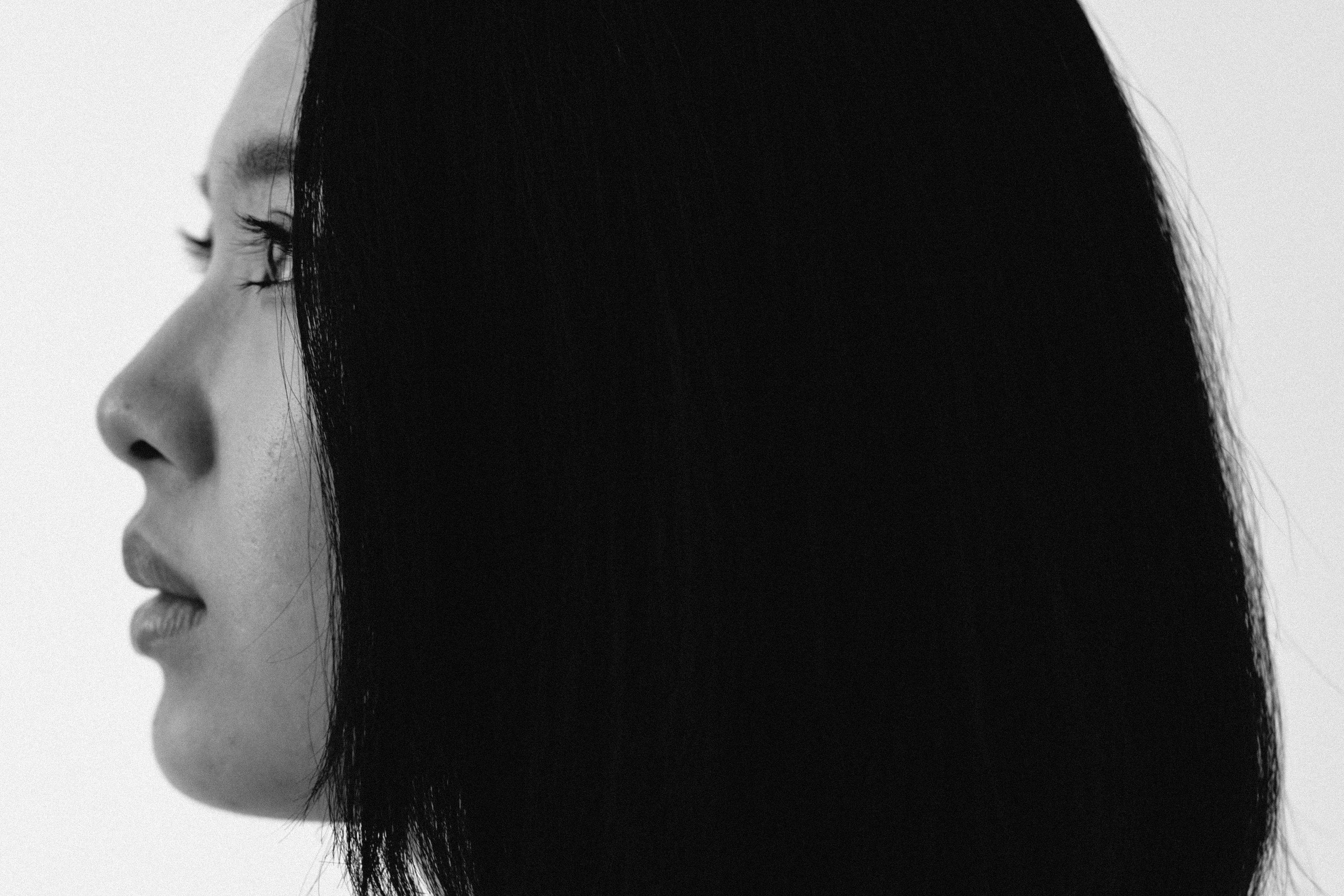 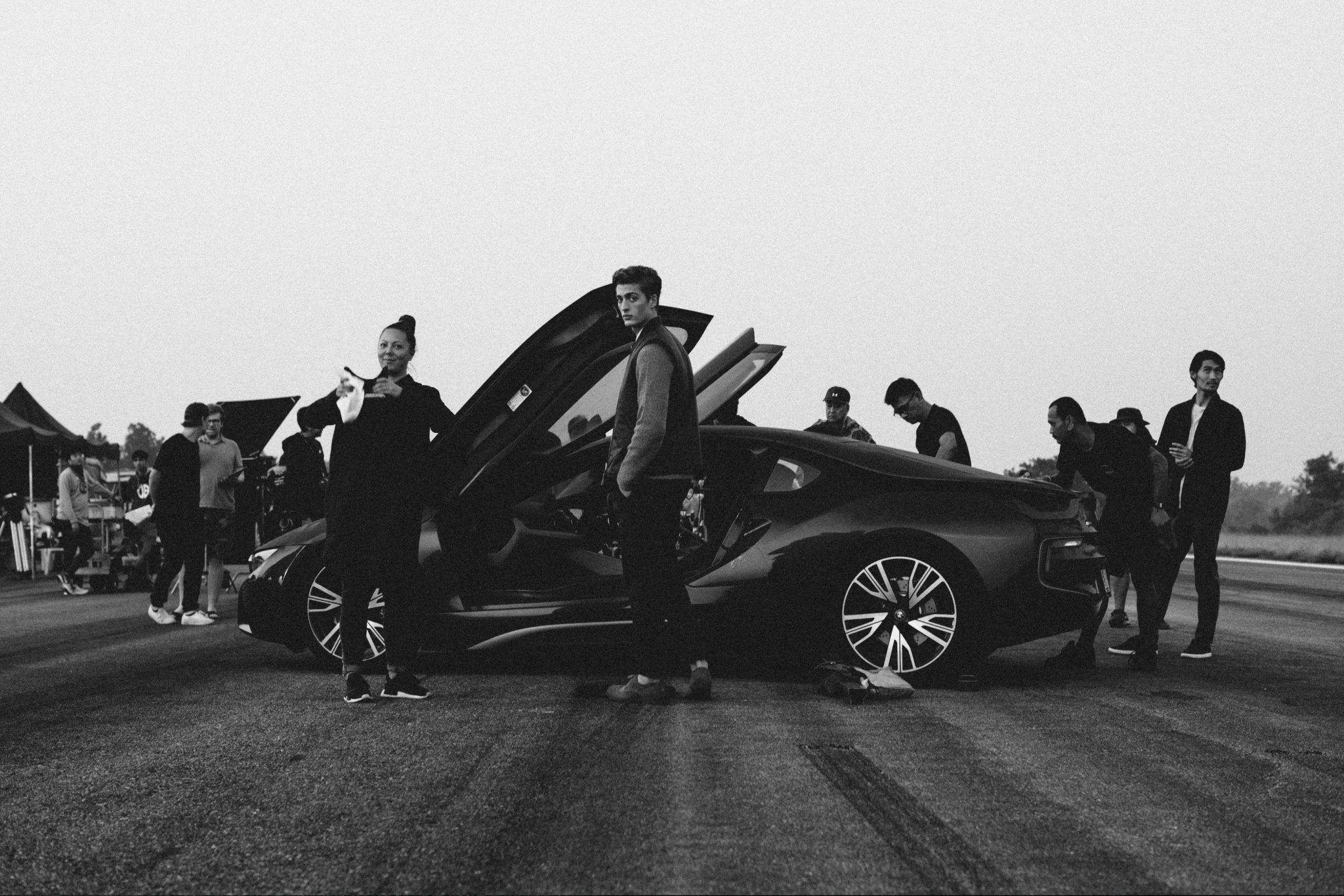 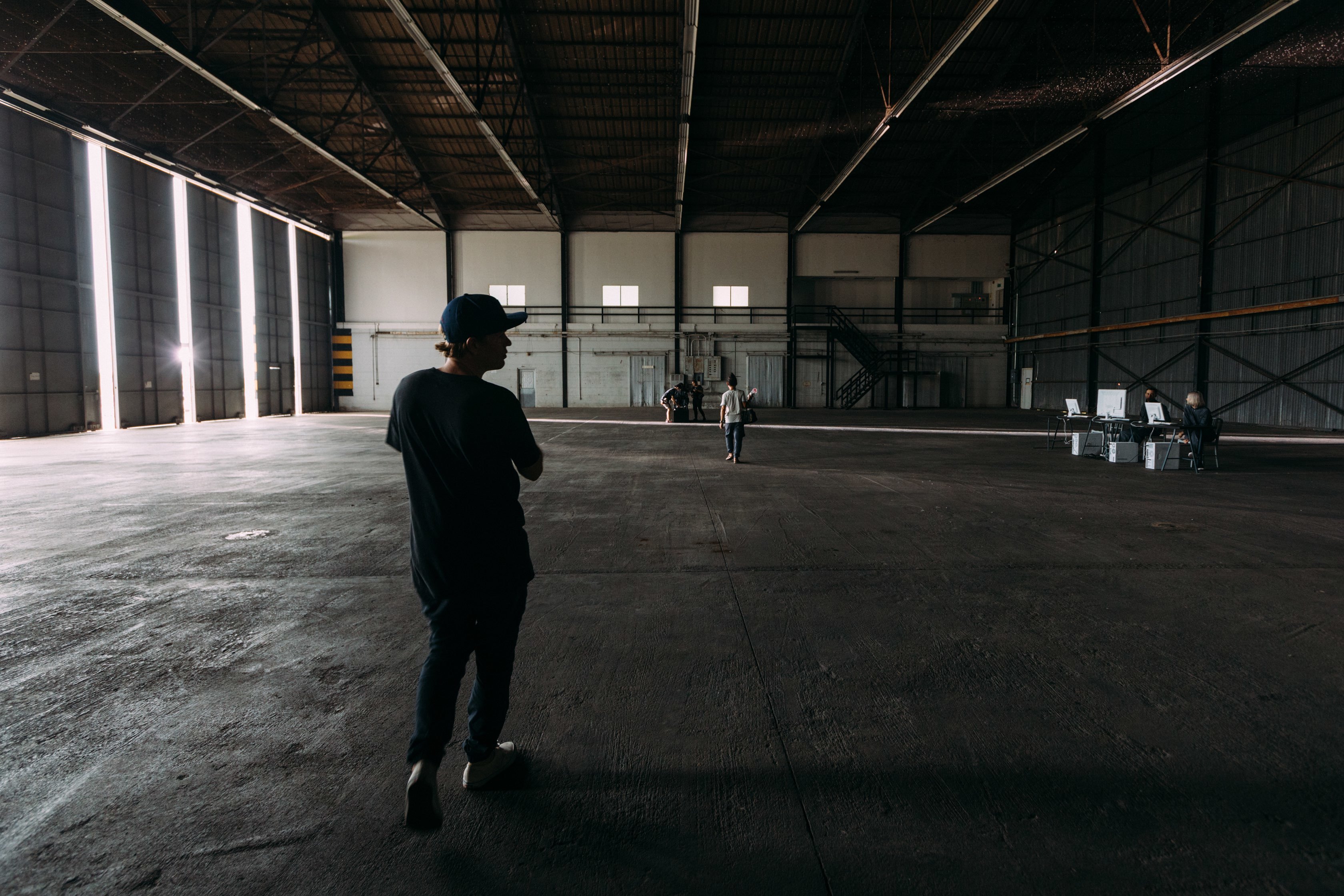 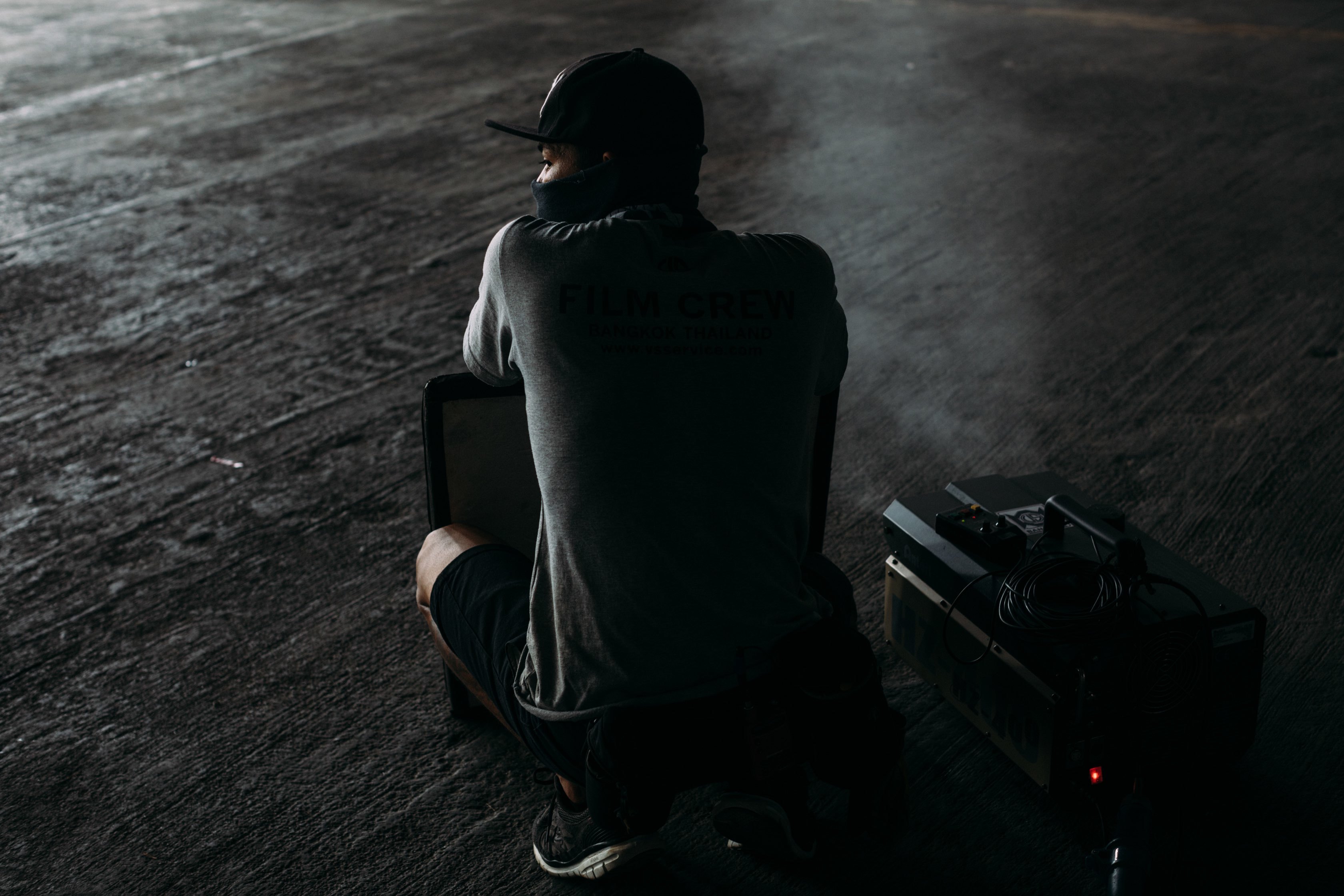 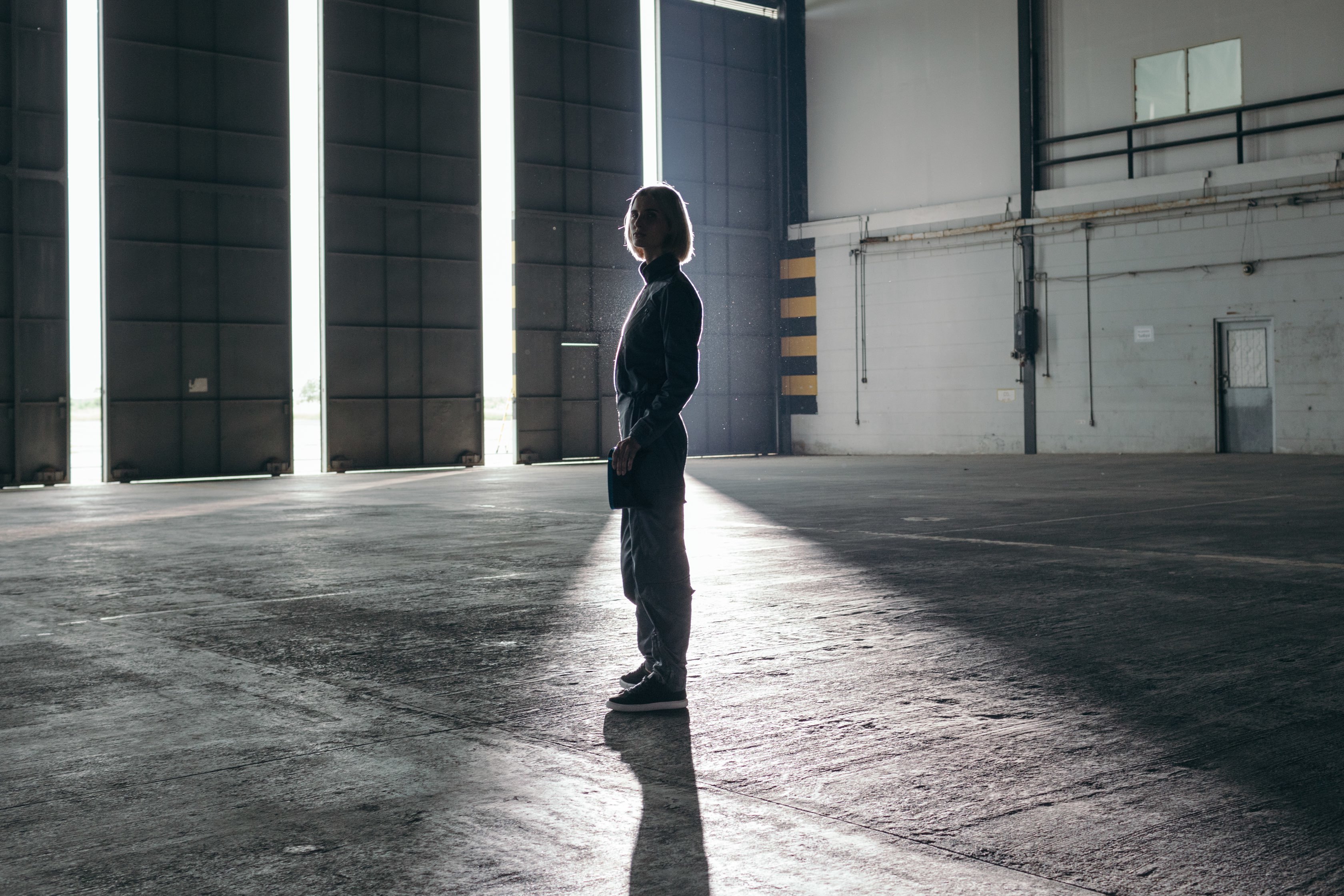